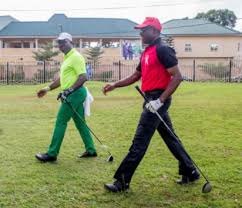 Chairman of the Organizing Committee, Engr Benedict Oghumah in a chat with Newsnigeriaonline.com.ng stated that over 100 golfers are teeing-off to celebrate the DG for his support to the development of golf and other sports in the state.

Oghumah hinted that the tournament became necessary to honour the DG birthday for his immense contribution and dedication towards golf development at BCGS.

“This birthday tournament is of prime importance due to the pedigree of his immense support to the club. Golfers are featuring in men’s and ladies event, veterans and super veterans categories.

“It is a unique tournament as prizes are on ground for winners in different categories.