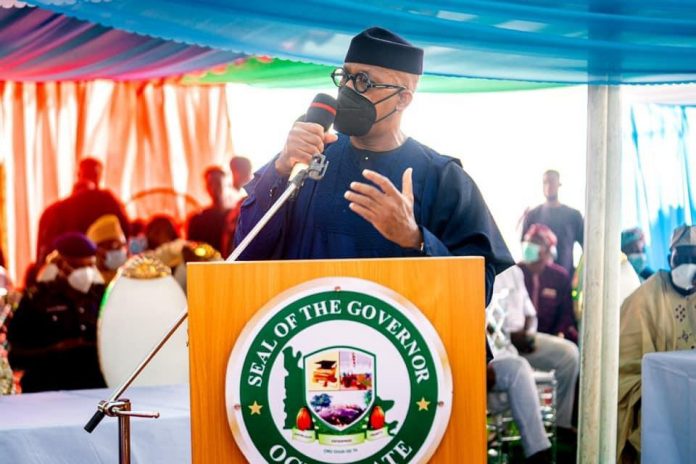 The championship which will run through tomorrow, June 10th, 2021 will feature cadet and junior tennis players from about 60 secondary schools drawn across the three senatorial districts in the state.

However, the championship organised by Ogun State Sports Council (OGSSC) led by the Director of Sports, Mrs Folakemi Oluwarotimi Iyabode, was supported by the Commissioner for Youth and Sports, Dr. Oluwadare Kehinde to commemorate the two years anniversary of Governor Abiodun in office.

The event will feature boys and girls from 12 – 14 years for cadet and 15 -18 years for junior category respectively just as the competition is to engage the youths across the state as well as create an avenue to discover new talent at the grassroots level.

Gracing the event are Secretary to the State Government (SSG), Hon. Tokunbo Talabi; Commissioner for Transportation, Hon. Gbenga Dairo; Hon. Afolabi Afuwape,Commissioner for Local Government and Chieftaincy Affairs, and many others.