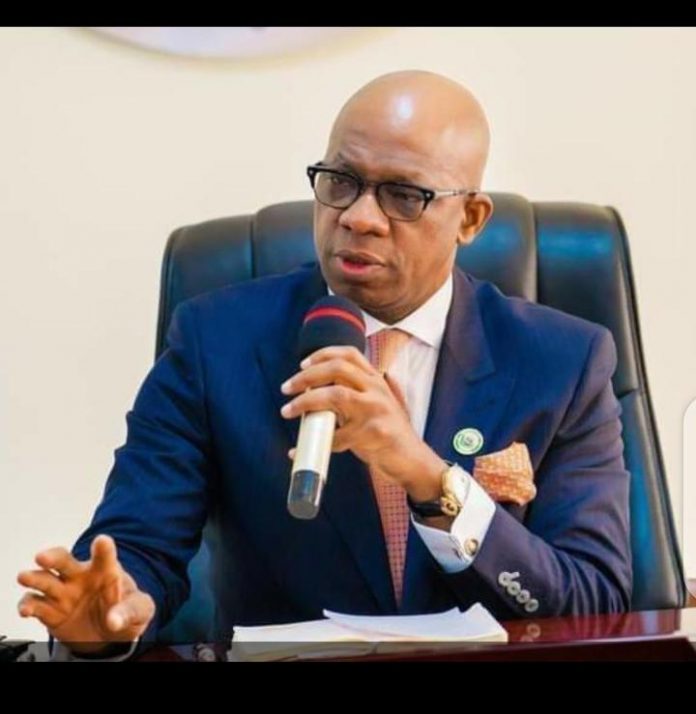 The deliberate withholding of four months salaries of lecturers at Moshood Abiola Polytechnic (MAPOLY), Abeokuta by Ogun State government has been described not only callous, but also an infringement on the legitimate and democratic rights of the workers.

The Campaign for Workers’ and Democratic Rights (CDWR), Ogun State chapter has strongly condemned the act, and hereby demanded the immediate payment of not only the unpaid four months salary arrears, but all the outstanding salaries and allowances due to the workers.

This was narrated in a statement signed by Eko John Nicholas, Coordinator of CDWR, Ogun State chapter, and made available to Newsnigeriaonline.com.ng in Abeokuta.

Nicholas further demanded the remission of the contributory pension scheme funds; the withheld workers cooperative funds and the conclusion of the deferred promotion exercises in the institution, without further delay.

According to the Chairman, Academic Staff Union of Polytechnic (ASUP) MAPOLY, Comrade Osifalujo Babatunde Chibuzor “The governor failed to give approval to workers outstanding March and April salaries from the internally generated revenue which has been on his table since almost a week ago.

“The governor’s lackadaisical attitude towards the welfare of workers is making life unbearable for the workers as their case is becoming hopeless despite their unwaivering sacrifice to the institution and the state.”

“It’s ironic that despite its avowed free education programme and its touted commitment to the development of public education, in the state, the Prince Dapo Abiodun APC-led government has completely reneged on its pledge and chosen to commercialize public education, pricing education out of the reach of poor working class children.

“Virtually all state owed tertiary institutions are run on internally generated revenues, through the crude exploitation of students and their parents/guardians while the state government gives little, or nothing as subventions to augment the ‘revenues generated’ by the various institutions across the state.

“From MAPOLY at Ojere to TASCE at Omu, TASUED at Ijagun and OOU at Ago Iwoye and among others, the sad stories of poor funding of public tertiary schools are the same.

“The quest to make up for the shortfalls from the irregular monthly pittances released to the schools accounts for situation where various school managements have had to hike school fees above the roof, among others charges, under the guise of internally generating revenues.

“For institutions like TASCE with dwindling students enrollment, the management in addition to fees hikes, had to establish block industry to generate additional revenues to starve off insolvency.

“Yet, whenever any institution is able to ‘generate’ enough funds independently, like the case of MAPOLY, getting the approval of the state governor by the various school managements to meet obligations to its workers’ is like seeking snows in the deserts

“And where workers choose to demand rtheir legitimate payments, and organize for a fight back, they are charged to courts on trumped-up charges, victimized, harassed and sacked in drove like it’s happening presently at TASCE, where scores of workers have been sacked and their democratic rights trampled, with the support of the state government.

“The CDWR condemns attacks on workers’ democratic rights, and demands a total reversal of anti-poor and anti-workers’ policies of the Dapo Abiodun-led state government,” Nicholas said.

“We also demand proper and adequate funding and democratic management of public education, and reject running schools primarily on internally generated revenues, which essentially means imposing obnoxiously high school fees and other charges on students most of whom from poor and working class families.

“We also call for democratic control of funds and affairs of schools by the elected representatives of workers and students in order to ensure a judicious use of allocation and resources.

“Therefore, CDWR urges NLC, TUC, student groups and other civil society organizations to organize solidarity actions in support of the plights of workers of MAPOLY, and other institutions like TASCE where workers are currently owed backlog of unpaid salaries and allowances.

Similarly, we demand that the state government pay workers without further delay and reinstate unjustly sacked workers at TASCE,” he concluded.