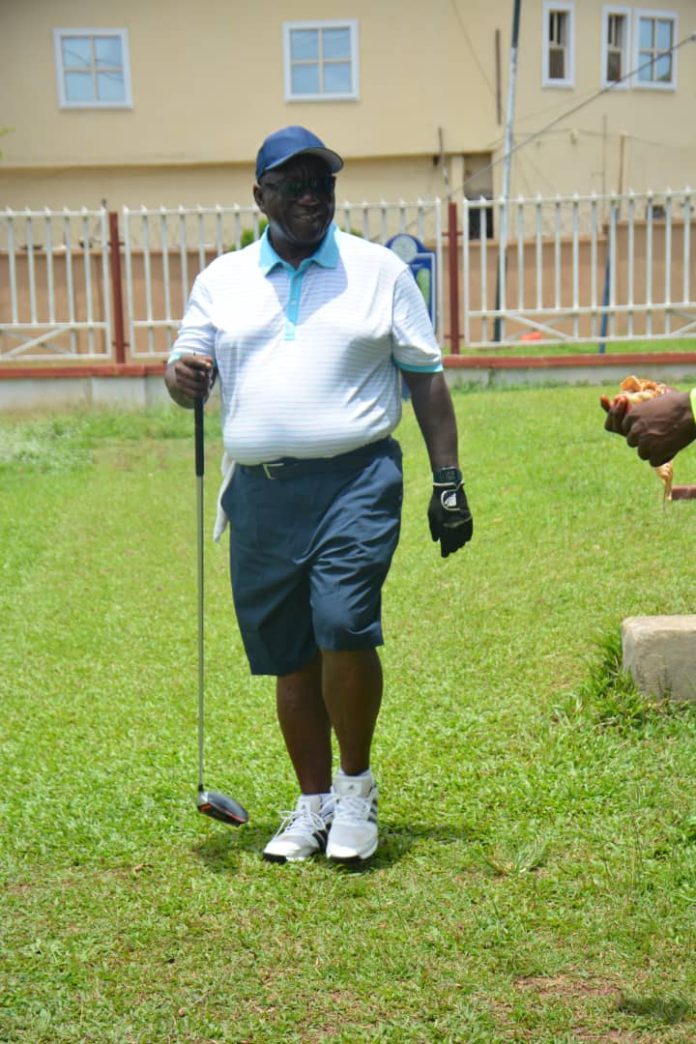 Similarly, race for the ladies trophy was not an easy ride for Emina, National Vice-President LGAN, South-South Zone who emerged winner with 71 net.

Furthermore, Kennedy Ajogbor was outstanding with 67 net to win the eaglets category by beating W. Peghe who recorded 69 net to second position.

In the veteran ladies cadre, Monica Obaedo beat Professor Josephine Mokwunyei on count-back as they both played 89 net. Also, Brodricks Okome recorded 68 net to edge out the SAC Vice Captain, Eric Esiri in the men’s cadre while Amos Edoriagba recorded 78 net to clinch the super veteran trophy ahead of G. Egigba who had 81 net.

Newsnigeriaonline.com.ng recalls that the tournament was organised to officially usher in the new team leader, Okakuro Gilbert Aghogho as Captain of the SAC Golf Section alongside his executive members, and it featured over a hundred and fifty golfers across the country.

However, golfers in an interview used the occasion to shower accolades on the captain, Aghogho for hosting a befitting tournament and for redefining the game of golf in the club.

They also expressed beliefs that his tenure would bring good tidings to the entire club, and portray the image of the club in good light in the comity of golf clubs in Nigeria.