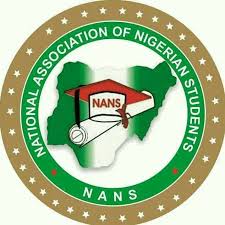 Worried by a statement flying in the press by an impostor named Oladimeji Uthman, the leadership of the National Association of Nigerian Students (NANS), South-West Zone D has sounded a note of warning to all politicians sponsoring this impostor.

The Zone hereby warned those politicians who are sponsoring these impostors that they would not hesitate to humiliate them should they continue to influence and politicise the matter affecting the dignity of their Comrade, Oluwole Bankole who is currently in detention.

Comrade Akinshola remarked that there was need to first established before the public that the person who signed the statement was an impostor and impersonator who lacked the authority to speak on behalf of the association.

He said: “It is on this premise that this statement is issued by the undisputed leadership of the South West leadership of NANS to correct the bad impression already created about our noble association by the impostor in his purported statement.

“In the purported statement, the impostor has raised the different claims against the police command. In an unusual manner of Unionism, the impostor forgot to stay clear of partisan politics in his statement as a supposed NANS officer by openly asserting that our arrested comrade was arrested at the area used for the APC Ogun State Congress, when in reality the public is aware that there were intra-party issues in the APC.

“Affirming that the Ake Conference is APC Ogun State Congress venue is an indirect way of saying that these impostors are sponsored by the politicians in the said APC camp and could not even hide their political patronage in a supposed students’ association statement.

“However, to address the sensible matter, we are aware of the arrest of a former NANS Chairman of Ogun State, Comrade Olawale Balogun PKA Movement on Saturday 16th of October 2021.

“And since the news of the arrest broke on the internet, we had since swung into action for fact finding mission towards getting the case settled.”

Furthermore, he noted: “It should be noted that a delegation from the south-west leadership was sent to check on our comrade at the SWAT station at Magbon, Abeokuta yesterday and today Wednesday 20th of October, 2021.

“Having met with our comrade and heard his statement about the occurrence, we have proceeded to meet with relevant authorities for further consultation having in mind the image, interest as well as the rights of our comrade and the noble association in mind.

“Therefore, the news of a statement purportedly written by this impostor met us as a surprise. It should be noted by the public that the impostor and his cronies are coming out in the media only for their selfish gains.

“As we have heard that there are likelihood that they are being sponsored by some politicians to make the issue of the arrest more political than necessary.

“We want to warn the impostor and his cronies to stay clear of causing confusion in the media as they have missed out on this.

“Our interest is how to get Comrade Olawale Balogun (Movement) out of detention safely and peacefully and we shall not allow any impostors to use the case of our comrade to make cash out from politicians.

“We therefore disassociate ourselves from the ill conceived threats, baseless allegations and unreasonable demands from the illegal group.

“We emphatically state that the Nigeria Police Force has been a worthy ally of the Nigerian students across south-west and beyond.

“Consequently, we believe in the objective investigatory disposition of the police and we are therefore convinced that the innocent shall not be unjustly punished.

“This should also serve as a note of warning to all politicians who are sponsoring these impostors that we shall not hesitate to humiliate them should they continue to influence and politicise the matter affecting the dignity of our comrade in detention.

“Conclusively, we are using this medium to inform the teeming Nigerian students in the zone and beyond to disregard the reactions of these impostors.”