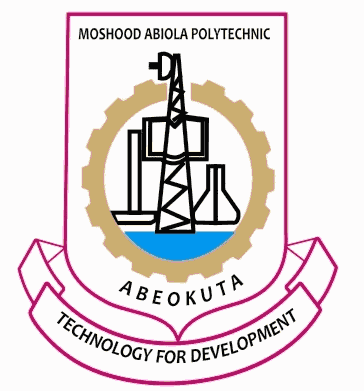 Another history was made as Moshood Abiola Polytechnic (MAPOLY), Abeokuta emerged the best in Software Development Programme at the 11th Information Technology (IT) Development Contest held at Crescent University, Abeokuta.

This was contained in a statement signed by Yemi Ajibola, Head, Public Relations and Protocol Unit, and made available to newsmen in Abeokuta on Thursday.

The software development is a Web-Based Health Application designed to provide tips on health issues and also handles news blog on how some diseases can be controlled and cured.

In her welcome address, the Chairperson of Nigeria Computer Society, Ogun State Chapter and the Director, Bureau of Information Technology, Mrs. Olatundun Adekunte revealed that the objective of the competition was to provide a platform to build and enhance ICT skills, interests and attitudes among students of tertiary institutions in Ogun State.

According to her: “The competition was designed to provide the needed medium of interaction between international organizations and students of tertiary institutions in the state.

She added that arrangements have been concluded for post-contest mentoring, software training, industrial training placement, and possible job placement for deserving and outstanding participants.

The programme, jointly designed by the Nigeria Computer Society, Bureau of Information Technology and GIZ SEDIN, was hosted by the Crescent University, Abeokuta.

Similarly, another Higher National Diploma Computer Science student, Mayowa Adebayo, has been inducted into the Google Developer Student Club (GDSC) and would serve as Campus Director for the year under review.

Meanwhile, the Acting Rector, Dr. Adeoye Odedeji, has expressed his gratitude for these feats that are projecting MAPOLY’s image on the world map through these students.

He stated that, it is an indication that MAPOLY is relentlessly keying into the IT agenda of the state government, despite all the challenges recently encountered by the polytechnic.

Dr. Odedeji emphasized that the polytechnic is an ICT hub among tertiary institutions nationwide, with the emergence of Olamilekan Toyeeb, HND II student as the President, National Association of Computing Students (NACOS) from MAPOLY.

He urged all students to exercise seriousness in their studies and take ICT as an opportunity to soar in their chosen field of study, adding that everybody needed to move with the trend.