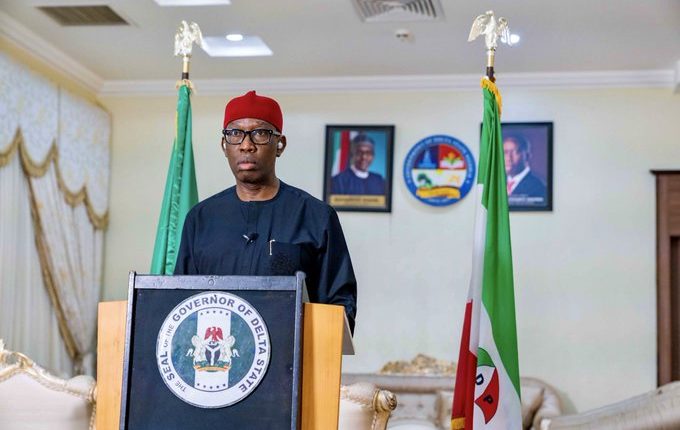 The immediate past Commissioner for Information in Delta State, Mr Charles Aniagwu has revealed the reason for the dissolution of State Executive Council (SEC) comprising the 25 commissioners and many others by Governor Ifeanyi Okowa on Tuesday.

Also affected were the Secretary to the State Government (SSG), the Chief of Staff, Government House, Senior Political Adviser and other Advisers who were dropped by the governor.

Aniagwu who disclosed during a briefing at the Government House, Asaba on the outcome of the dissolved SEC meeting stated that the dissolution was to give room for fresh hands to strengthen the administration’s agenda of a stronger Delta.

“The reason for the dissolution was to give room for fresh hands to strengthen the administration’s agenda of a stronger Delta,” he said.

According to him, the governor thanked members of the dissolved SEC for their contributions to the success of his administration in the past six years, including those who joined in the last two years.

Aniagwu further stated that the governor had directed all the affected political appointees to hand over to the permanent secretaries in their respective ministries.

However, he said that before the dissolution, the exco approved the sum of N2.8 billion for the purchase and upgrade of facilities at the recently established three universities in the state.

He also said that the exco approved the dismissal of one Bernard Onomugo from the state civil service for allegedly recruiting names into the state’s payroll.