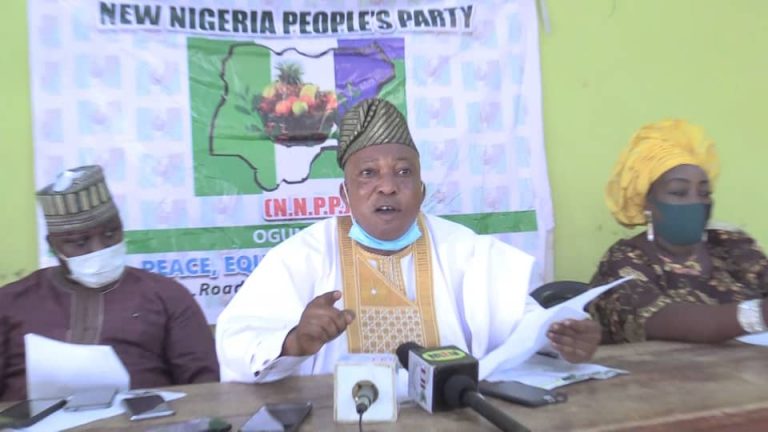 Similarly, the NNPP which has become a strong opposition party and a force to reckon with in the state political terrain also called for impeachment of the Deputy Governor, Engr. Noimot Salako-Oyedele as well.

While addressing journalists during a media briefing held in Abeokuta on Thursday, Chairman of the party, Comrade Oginni Olaposi Sunday expressed worrisome on the unseriousness and lackadaisical attitude of Abiodun’s administration since inception.

He said: “The recent abdication and dereliction of duty by Governor Abiodun and his deputy is an unpardonable impeachable offence.

“It is on record from May 2019 to date that all the medical and leisure trips of governor Abiodun except one are in flagrant disobedience of the constitutional provision that made the transition of letter to state assembly mandatory.

“In the same vein, the executive rascality of unceremoniously making Secretary to the State Government (SSG) to act and to direct the affairs of Ogun State is unacceptable, because it is a sharp contradiction he sworn to protect.

“Recognizing the fact that Prince Abiodun was an accidental governor who never prepare himself for governance, however, it is ridiculous that governor Abiodun and his aides at intervals rushed to a serving Lagos Senator, Adeola Olamilekan Yayi to take briefs and instructions on how to run Ogun State.

“It is very obvious that Ogun State is presently rudderless, the permanent solution to this mediocrity is for Ogun State House of Assembly to do the needful as far as this Impeachment process is concern.”