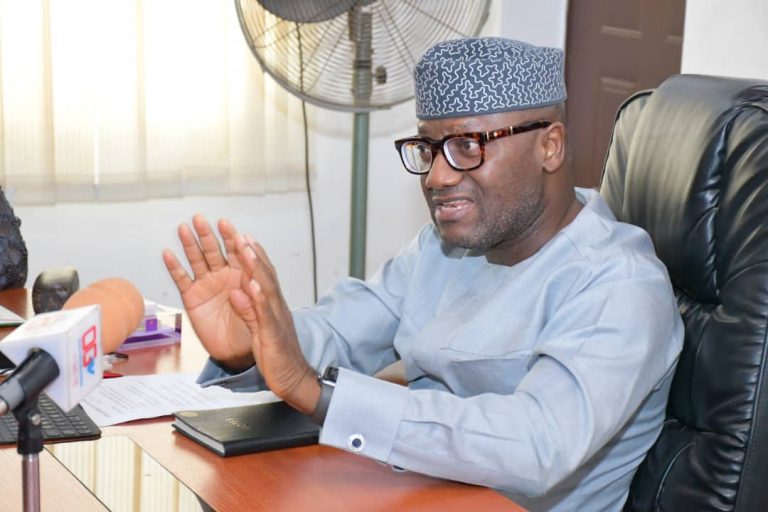 “Election is not just an aspect of democracy; it is an integral part of the norms and values of the modern world political civilization. Little wonder that the absence of transparent, free and fair elections have become one of the elements of instability in the society.

“Therefore, a credible election is generally accepted as consent of the people to be governed willingly by those they have elected…” -Gov. Abiodun.

In consonance with the aforementioned aphorism, adduced by the Ogun State Governor, Prince Dapo Abiodun, during the inauguration of the Chairman and members of the Ogun State Independent Electoral Commission (OGSIEC), there cannot be an alternative to the process of bringing people into power at all levels save for a free, fair and credible election.

Thus, the burden of staging one does not solely rest on the government; this is the more reason why the process should be well embraced in order to extend democratic governance at the grassroots that will not just scale through all parameters for election, but falls in line with global best practice.

From observations, the mood of the entire people of Ogun State, most especially people at the grassroots and all other relevant stakeholders no doubt, is a dire yearning for the conduct of the council polls, to bring in place elected officials and further pave the way for effective governance.

This of course, is understandably so, after the unforeseen outbreak of the novel Coronavirus, grounded activities for almost 13 months across the globe, with major public and private activities being operated either at skeletal level, or totally halted.

It is not even the preparation for the council polls that should necessitate applause because this is the task of government across all levels, because in the first instance, this is also the process that paved the way for its emergence.

What should be cheering to the people however, is the strong and spirited drive of the governor’s submissions as encapsulated in his charge to the board of OGSIEC, emphasizing that for democracy to truly work, the conduct of free, fair and credible elections must be embraced as an integral part of our everyday life, thus, stimulating responsiveness, which should lead to extensive participation from all and sundry.

By this also, the governor has again affirmed his belief in and the practice of democracy likewise, the rule of law, which should guide our daily activities irrespective of tribe, religion, ethnic group, school of thoughts, political alignment or social status.

The joy of seeing the dividends of democracy further percolates the grassroots should again elicits active participation from, not just the people at the third tier of government but across board.

Apart from that, this also goes a long way in showcasing the state as one, willing and ready to complement the efforts of the Independent National Electoral Commission (INEC), and believing the Commission will discharge its statutory function without interference, fear or favour, as its appears to give a level playing field to all.

It is worthy of mention that, Governor Abiodun posited thus: “The peaceful conduct and general acceptance of local government elections is tied to the resourcefulness and effectiveness of the State Electoral Commission. It is, therefore, imperative that we put in place an effective machinery to ensure that our people at the local government level are provided an effective platform to exercise their right in electing their leaders at the level.”

Of a truth, the much needed assurance at this point goes beyond the validity of one man, one vote to the point of making the entire process seamless. More importantly, the cravings of the average Nigerian and by extension the entire omo Ogun is to see an election they can rightly say is the true expression of their wishes through the ballot.

Working assiduously to make this a reality, Governor Abiodun assured the people recently at a gathering that the forthcoming local government poll will not only be free and fair, but also that the chairmen would not be appointed but elected. “Very soon, the timetable for the election will be released, we will not appoint chairmen for you at all, chairmanship will not be by appointment, it will be by election, everyone should continue to work hard.” These were the words of assurances by the Governor, which many have described as reassuring and convincing.

At this juncture, with so much commitment and reaffirmations from the governor, the concerned agencies need unalloyed support, corporation and synergy towards attaining this very important exercise to go down well in the annals of the history of the state and to further register her as a worthy role model in the comity of states in Nigeria.

Without doubt, government alone cannot achieve credible, free and fair local elections, this underscores the inevitability of engaging collaborative efforts towards this task and no matter how small and inconsequential it may seem, all hands must be on deck so as to complement government’s resolve for credible polls.

It is also pertinent to call on members of the fourth estate of the realm-the media to live above board and discharge their responsibility in line with the ethics of the noble profession. They must eschew sensational, biased, unfair, unbalanced reportage just as they embrace responsible journalism.

Other allied agencies are expected to follow suit. By this, government’s effort will be adequately complemented for the good of all.

It suffices to mention that the governor’s OGSIEC inauguration speech among other affirmations should stimulate the electoral umpires, politicians, political associations and other stakeholders which is why one must charge first, the OGSIEC members should justify the confidence the governor reposed on them by upholding integrity and the principle of fairness.

Thankfully, the commission members and chairman seems to have a full grasp of what lies ahead of them as the chairman, Babatunde Osibodu affirmed: “The forthcoming local government elections will be benchmark for future elections, not just in Ogun State, but in the entire country.”

The commission is also very much getting prepared even as it appears irrevocably committed to the task, this is as corroborated by a member of the commission and the current Chairman of Electoral Officers in the state, Olatunji Akoni, while speaking on their readiness for the exercise, revealed that members of the commissioners are vast experienced, even as he confirmed that the staging of an election that will be worthy of emulation, not just in Ogun State, but also in Nigeria, is not negotiable.

Expectedly and in the spirit of service to the people, the Ogun State Inter-Party Advisory Council (IPAC) has thrown its weight behind the forth coming local council polls by expressing readiness of the various political parties in the state to participate in the exercise.

It is only hoped that the IPAC’s Chairman, Comrade Abayomi Arabambi’s submission that “the Inter Party Advisory Council (IPAC) Ogun State Chapter is under a better preparation for the upcoming local government and councillorship election”, will go beyond mere verbal endorsement to actually working towards the attainment of free, fair and credible polls.

Another very important organ that Abiodun’s resolve at delivering free, fair and credible local council polls should stimulate would be the various independent observers, who are expected to put the interest of the state first above any other interest, bearing in mind posterity as the ultimate judge of all human actions and inactions. Activities before, during and after the exercise are expected to be chronicled from an unbiased standpoint and make the state the winner.

The electorate too have very important role to play by coming out en mass to perform their civic responsibility, shun apathy and conduct themselves responsibly in tandem with rules and regulations guiding local council elections.

The law enforcement agencies must also come to the party by giving out stern warning to those who may want to jeopardise the process, just as it is expected that religious and community leaders as well as other opinion molders will enlighten their people on the need to actively participate and support the exercise.

For sure, as it applies to all life instances and contest, there will definitely be winners and losers, what is however very sacrosanct is for the losers to be gallant in defeat and the winners magnanimous in victory in the spirit of sportsmanship. The interest of the state and the development of the local councils should be considered above any other interest.

Ogun State has over the years served as a cynosure for so many positive reasons traversing arts, culture, entertainment, sports, music, politics among other enviable feats, the forthcoming local council polls shouldn’t puncture this prestige.