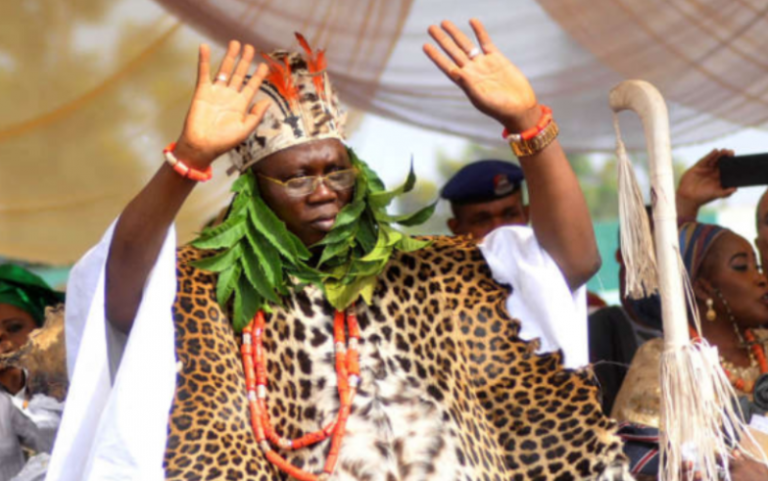 Over three billion naira had been paid as ransom for four hundred people to kidnappers in South-West States in Nigeria.

Iba Gani Adams noted that this amount was paid within the period of two years, adding that in the same vein, over 200 lives were lost in the region by the deadly kidnappers within the years too.

Speaking further that he had privileged to some certain information that even the security agencies did not have at their disposal, claiming to always receive first hand information about kidnapping happening in any parts of the region.

While speaking on the conference, he stated that the SSSG is a body of different security groups in the south-west formed in 2019 to find lasting solution to the security challenges in all the six states in the region.

“It is an opportunity to bring all security agencies together so as to enhance his capacity. As the Aare Onakakanfo of Yorubaland, I am privy to some certain information that security organizations do not have. When things happened in any community, they will call my line that Aare, what can you do.

“Unfortunately, I don’t have enough power to act like the olden days Aare Onakakanfo of Yorubaland, but I am doing my own bit as a person that have a liberation organisation.

“That was one of the reasons why I brought all these people together so that it can enhance me more capacity to work with security agencies, so that south-west region can be peaceful.”

He hereby regretted that the region has been ravaged by the killer herdsmen, urging that if the Yoruba leaders fail to act, the region may record same experience in the north.

He said: “I am appealing to the Federal Government to consider regionalism as an option to rescuing the country from its current situation. There is need for self government or regionalism in the country where state governors will control the police and other security architectures of their states.

“In the north, the story is even worse, bandits have taken over the entire north-east, north-west and north-central. in Kaduna for instance, about 500 schools have been shut indefinitely. Pupils can no longer go to school because of the fear of being killed or kidnapped.”

In another development, the Guest Lecturer, Prof. Olugbega Akingbehin affirmation on the theme of the programme ‘Stemming the tide of insecurity in South-West Nigeria: A Criminological Therapy’ defined what security and insecurity are all about.

He also delved into various causes of insecurity such as ethno religious conflicts; illiteracy and poverty; poor governance, corruption, Sicily psychological theory of anomie, cultural transition theories and many others.

Moreover, he recommended the recipe for tackling insecurity in the region, among them were socio-economic redress intervention; good governance; creation if state police; herdsmen documentation and profiling; equitable distribution of resources and unicameral at the federal level.

He furthered urged the federal government to rise to the challenge and to maintain its economic relations with the rest of the world. Also, that the south-west leaders must secure the region in order to avert a sudden take over by insurgents.