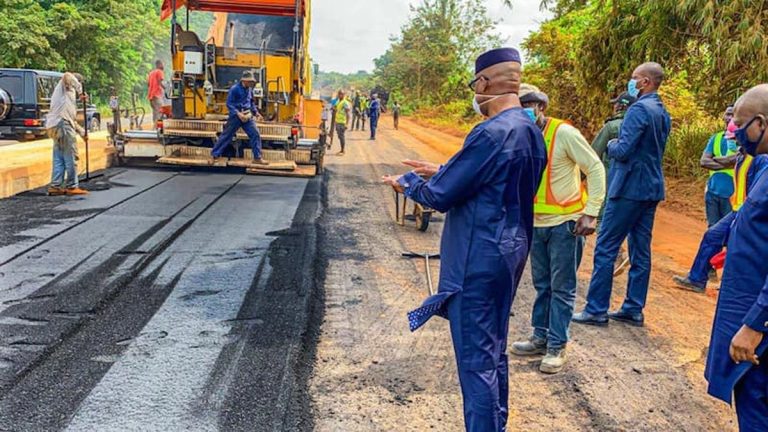 Owners of articulated parked vehicles along the Sagamu Interchange – Abeokuta Expressway have been directed to remove them immediately to avoid impoundment and payment of fines.

The Ogun State government gave the directive while restating the ban on indiscriminate parking on both sides of the road.

In a statement issued in Abeokuta on Wednesday by the Chief Press Secretary to Governor Dapo Abiodun, Mr Kunle Somorin confirmed that the renewed enforcement of the ban is with immediate effect.

“This is not a new law, but full enforcement of the existing road traffic laws. Henceforth, no vehicle will be allowed to park on the shoulder or lay-by on that express road”

“The state government action had become necessary to reduce incessant cases of avoidable accidents and provide a safe ambiance for the Gateway City Gate along the axis.

“Consequently, the relevant agencies have been empowered to impound all affected vehicles parked by the shoulders of the expressway and arrest defaulters.

“With the directive, owners of articulated vehicles on both sides of the road are advised to remove them immediately to avoid impoundment and payment of fines,” the statement noted, adding that the notice takes immediate effect.