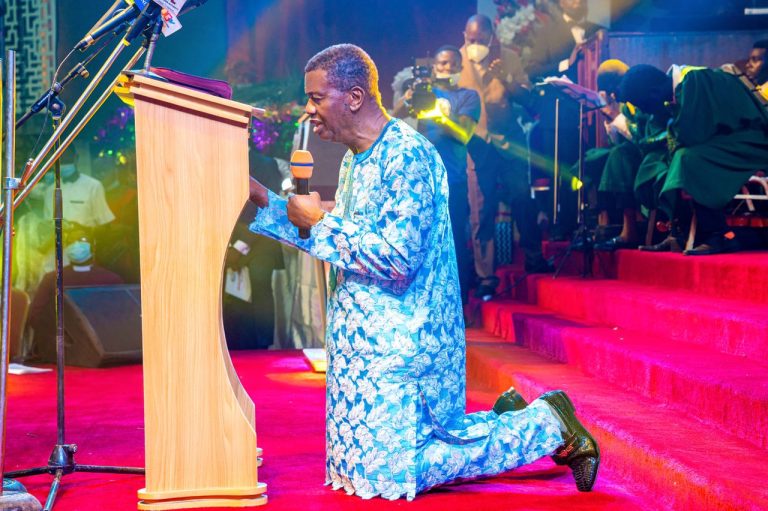 Some major administrative changes were made on Sunday in the Redeemed Christian Church of God (RCCG).

The General Overseer of the church, Pastor Enoch Adejare Adeboye made the announcement while addressing RCCG Ministers, after the thanksgiving service held at the National headquarters, Ebute Meta, Lagos State.

Daddy GO as fondly called announced that the changes included the retirement of the RCCG National Overseer, Pastor Joseph Obayemi while Pastor Sunday Akande would replace him as the new National Overseer.

Pastor Adeboye further explained that the retirement age for all RCCG pastors will now be pegged at 70 years, adding that some of them may be given lesser roles after retirement.

“He will serve for a period of two years while Pastor Kalu Ndukwe will serve as the Overseer of the Africa Continent.

“The position of the national overseer of the church will now be on two years tenure while the pastor occupying the position will operate from the Redemption Camp.

“All churches in the camp will henceforth report to him. He will also represent me in special assignments,” he said.

Similarly, Pastor Johnson Odesola who had been in charge of the Administration and Personnel of the Church was also affected by the reshufflement as he was relieved of the two portfolios.

Two new pastors were appointed to handle the portfolios, they were Pastor Julius Olalekan Pastor In Charge of Personnel just as Pastor in Charge of Edo Region 13, Pastor Dele Balogun was appointed to take charge of Administration.

Moreover, it is not yet clear the new designation of Pastor Odesola who also serves as the Overseer of the RCCG in the Middle East.

The Redemption Camp according to Pastor Adeboye would henceforth carry the tag of a city just like the Vatican City.

Meanwhile, he announced outright ban on hawking and selling of goods along the roads in the camp warning that such practice would no longer be tolerated.

“Offenders will be prosecuted while their goods will be confiscated. Indecent dressing in the camp environment will no longer be tolerated,” he warned.

The highlight of the meeting was when he declared that the person that would take over from him as the General Overseer would be a young man.