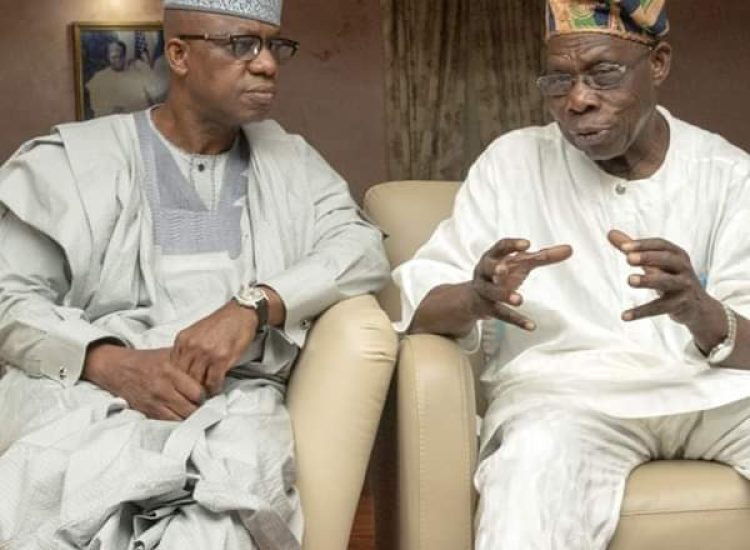 Former President, Chief Olusegun Obasanjo has advised Ogun State Government to partner with various stakeholders in the waste management sector in order to reap its efforts at making the environment clean which necessitated the establishment of OGWAMA.

Baba Iyabo, as fondly called stated this when the Management Team of OGWAMA who were on a working visited him at Olusegun Obasanjo Presidential Library (OOPL), Abeokuta.

Chief Obasanjo emphasised that by this singular act of creating the agency, governor Abiodun has shown his determination to ensure a cleaner environment to the good people of the state.

“I am advising the governor and his administration to partner with the various stakeholders in the waste management sector so that the state can reap its efforts at making the environment clean which necessitated the establishment of OGWAMA,” he said.

Such benefit according to him include recycling of waste which will generate energy for domestic and industrial use as well as compose manure for agricultural purposes and reiterated OOPL desire to partner with OGWAMA in these key areas.

“The energy generated will be used for immediate communities where the recycling plants were generated thereby reducing over reliance on public utilities and move the nation towards industrial growth and sustainable development” Chief Obasanjo added.

In his response, Special Adviser to the Governor on Environment, Mr Ola Oresanya stated that governor Abiodun established OGWAMA as an enabler for employment generation.

He added that so far, over thirty thousand direct and indirect jobs have been generated by the waste management agency.

Aside from this, Oresanya who also is the Chief Executive Officer of OGWAMA said the state government is determined to make the state the cleanest in Nigeria.

However, he thanked the former president for extending hands of fellowship to the authority and thereafter decorated Chief Obasanjo as the Grand Patron of .OGWAMA.