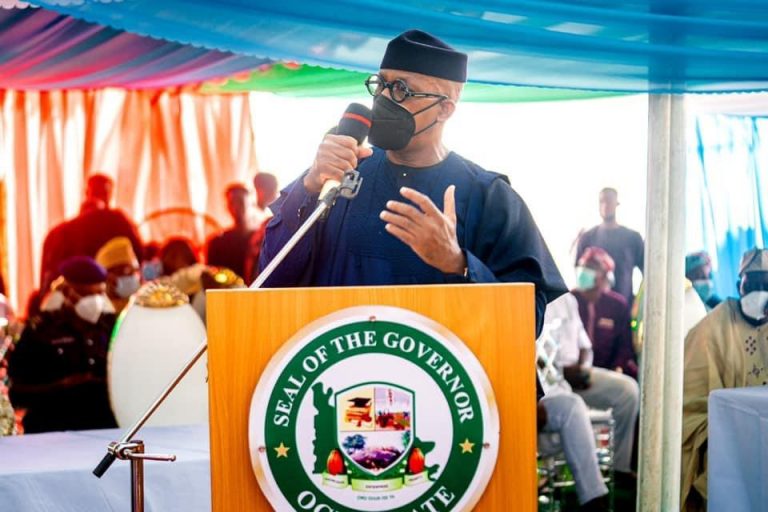 Ogun State House of Assembly has urged the Governor Prince Dapo Abiodun to appoint another substantive Commissioner for the Ministry of Environment.

The assembly was concerned by the role of the state ministry of environment at ensuring a cleaner, healthier, safe and sustainable environment.

The Speaker, Rt. Hon. Olakunle Oluomo, made the appeal while responding to the submission of a member representing Yewa North II and the Chairman, House Committee on Environment, Wahab Haruna..

Hon. Haruna intimated the assembly on the need to fill the vacuum created by the absence of a political head for the Ministry, which had been affecting some of the programmes, performances and output of the ministry.

Oluomo while clarifying that the appointment of political office holders remained the prerogative of the state governor, but having considered the need to the swiftly move to ensure the promotion of safe and healthy environment, there was need for the appointment of a new commissioner to take charge of the ministry.

Such appointment, the speaker added would allow for a more robust coordination and administration of the ministry towards harnessing all strategies in tackling all environmental hazards including flash flood alert which had since been issued by Nigerian Meteorological Agency (NIMET).

Oluomo equally admonished residents to adopt an attitudinal change by not dumping refuse in drainage channels or erecting structures on water ways, just as he urged those living on plain level prone to flooding to relocate in line with NIMET advice.

Earlier, Haruna stated that the ministry which had been without a commissioner for about six months required a substantive commissioner to achieve optimum performance.