Newsnigeriaonline.com.ng .....News at its best
Home News Golf: How I Played Hole-In-One Barely A Year I Joined BCGS- Aibangbe 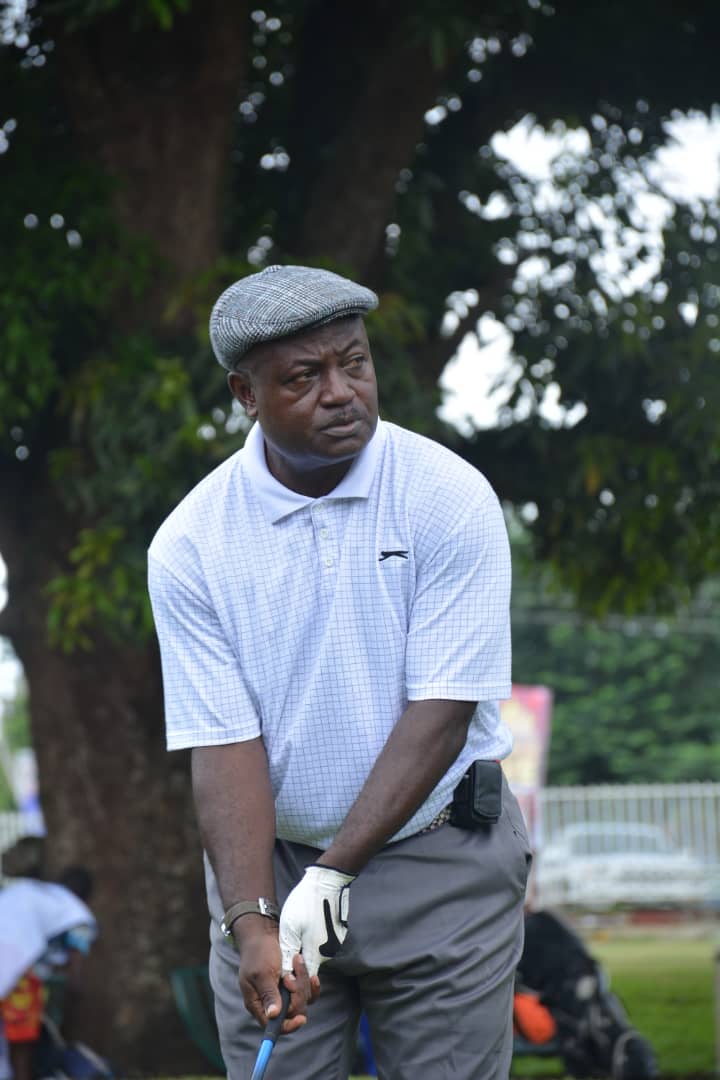 Benin Club Golf Section (BCGS) rave of the moment golfer, Edward Aibangbe has opened on how he played Hole-In-One to set the record straight in his golfing career.

Aibangbe who joined the club golf section barely a year ago landmark performance has become a subject discussion in the club and across the golfing family.

The fast rising Aibangbe (hcp 24) has now written his name on the BCGS Hole-In-One Role of Honour board, as well as becoming the number 22 golfers to be enlisted on the board.

Moreover, his remarkable feat was achieved during BCGS Hackers Kitty held on Wednesday which coincidentally fell on birthday celebration of Dan Sule, Chairman, Board of Trustees, Hackers Kitty Group.

Aibangbe, a legal practitioner in Benin City used iron seven and ultra ball to achieve the result at hole two having played par at hole one, while the next tee short ball landed some few metres away from the hole, and eventually rolled into the hole two.

Speaking to Newsnigeriaonline.com.ng at the club, he stated: “Golf is a game of life, and that sometimes one will not know what to get until after each game. You can expect to play very well and it will not come. You can be in funny mood but may affect your game.

“On Wednesday, I came in good spirit. In hole one, I played par, so at the hole two, I just played a tee short, the ball landed some few metres away from the hole, and the ball rolled into the hole.

“I played alongside Secretary of the club, Hon. Osazuwa Ehiorobo popularly known as OZ that day, he is a mentor who has tremendously helped my game. He was among those who encouraged me in playing golf when I came in newly. He felt happy to have witnessed my achievement.

“So, if you ask me, it’s a game of luck that happened. As often said by golfers, I followed my skills and it works for me. To be honest, I admired golfers that played hole in one.

“Sometimes, I go to the board, look at the names of people on it, I just wonder if they actually intended to play it or not. The lady who played it last time, I asked her if she intended, but said no, that it just happened.”

“It gives me a sense of fulfilment and make me feel that efforts put to the game is not wasted. It gives me more challenge to enhance my game. Just eleven months ago I started playing golf, I feel something special in the game, that I will enjoy more in golf.

“It’s a wake up call to those who recently got their handicap to be encouraged and be determined in their games. They can achieve that feat too in due season.

“I have won several kitties and even won the Hackers Kitty Group End of the Year Tournament in December. Every week, it is either I win or be among the best three golfers at the kitty. It’s just happening that I am dominating hackers kitty,” he concluded.