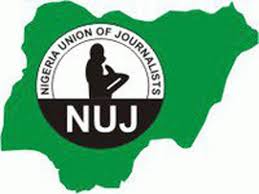 Another milestone is being established in the Comrade Festus Alenkhe led Nigeria Union of Journalists (NUJ), Edo State Council just as three days free health care services would be organised for members of the union.

The heath care services is billed from August 25 – 27th, 2022 at the New Conference Hall, NUJ Press Centre, No 1 Sir Gabriel Igbinedion Way, GRA, Benin City, beginning from 9am each day.

This was contained in a statement by Andy Egbon, Secretary of the Union and made available to journalists in Benin, noting that the programme is being organised in collaboration with the Edo State Ministry of Health.

Egbon hinted that the state Commissioner for Health, Dr Obehi Akhoria is expected to declare the free health care services open, and to make the exercise seamless, the NUJ leadership has scheduled the days for every chapel to appear for the exercise.

“On Thursday, will be solely for the State Ministry of Communication and Orientation; Federal Ministry of Information; ITV/Radio and Vibes FM while on Friday will be for Edo Broadcasting Service; Nigerian Observer; Nigeria Television Authority, and Reliance Chapel.

“Moreover, on Saturday being the last day will feature chapel members from Correspondents; Merit; Bronze fm ( Radio Nig); Federated and AIT/Ray Power as well as spill over from other chapels.

“State of the art medical facilities will be deployed for the exercise.
Chapel leaders are expected to prepare their members for the free medical check up in line with the timetable released above,” he concluded.