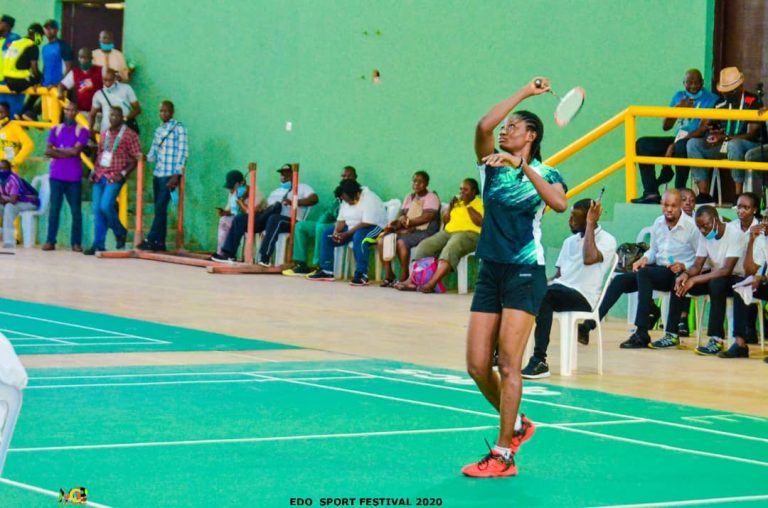 It was harvest of gold on Friday as Team Ogun displayed five star performance at the 20th National Sports Festival holding in Benin City, Edo State.

The state athletes got their redeems well on the day and hereby put the camp into jubilation with a resounding five gold, one silver in some of the events they participated.

Dorcas Adesokan confirmed her supremacy as the Nigeria top badminton player when she claimed gold at the expense of Team Edo player, Ruth Ebere by two straight sets of 21/14, 22/20 to lift the female single’s event gold. The bronze medals went to Sofiat Obaninshola of Team Kwara and Deborah Ukeh of Team Edo.

Earlier in the day, Ololade Adeyemi grabbed another gold in TDB ladies event after beating the duo of Favour O from Team Imo and Onajite Onuyo of Edo State to silver and bronze medal respectively.

At the Samuel Ogbemudia stadium where the Para-Athletics events were decided, Oluwakemi Ladipo of T53 won gold ahead of her compatriot, Dauda Aina T54 who settled for silver while Team Delta athlete picked the bronze in the wheelchair 100m event.

The fourth gold of the day was recorded by Lateef Lasisi in the golf single’s match play event. Haruna Mohammed of Team Kano snatched the silver ahead of Sam Agbeiyegbe of Team Edo who settled for the bronze medal.

However, the duo of Bukunmi Afolayan and Adebisi Adekansi were at their best as they won the scrabble ladies doubles event gold, to complete the Team Ogun five star performance for the day.