The inaugural golf tournament which featured about two hundred golfers who came across the country to officially usher in the Lady Captain, Dr. Mrs. Isoken Florence Osagiede into the ladies division saw the ladies dressed in their old school black shirt and long dress with afro-wig at the closing ceremony.

Akpieye, athletic and cool headed lady captain played a net score of 74 and was beating to the second spot by her compatriot from Delta State, Rita Izoje from Ibori Golf and Country Club (IGCC), Asaba whose net score was 72.Speaking to Newsnigeriaonline.com.ng at the event, she attributed her second position to hard work and resilience to win trophy in Benin having played on the course several times.

She noted that her determination was to emerge winner in the ladies guests category but missed her target by a whisker, full hope that when next she would play any tournament in Benin, she would win by God’s grace. 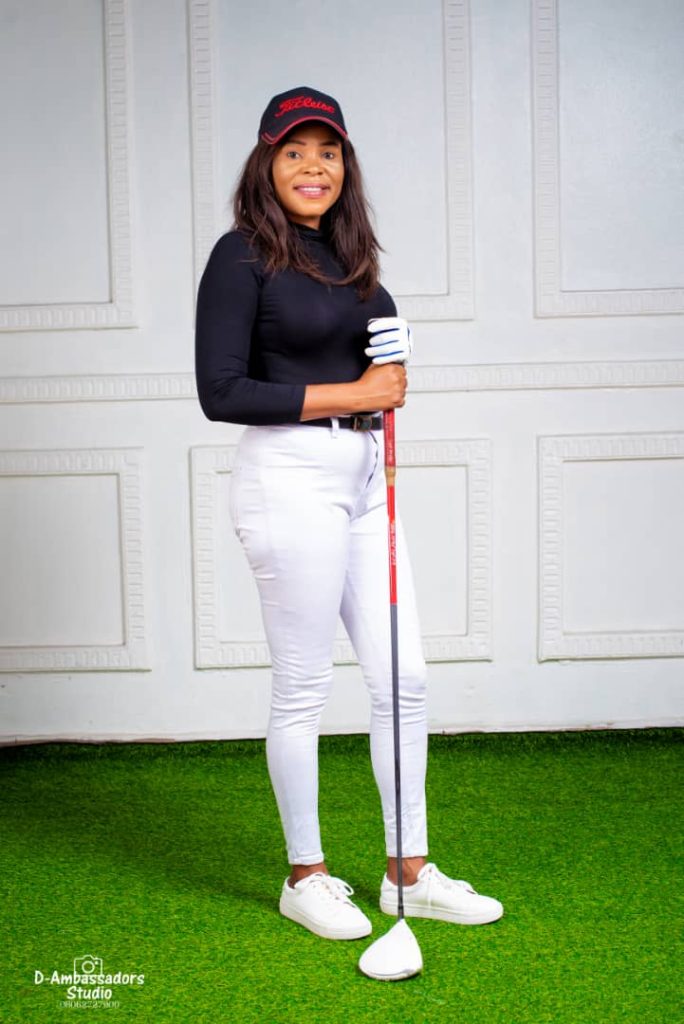 While the Lady Captain, Dr. (Mrs.) Isoken Florence Osagiede in her closing remarks thanked everyone for making the inaugural a huge success. Adding that she never expected the large turnout of golfers across the country who teed-off at the event.

She acknowledged the immense contributions of men golfers in the club and for sponsoring the ladies’ Kitties. While she rounded up with all thanks to Almighty God for the privilege given to serve the ladies division.