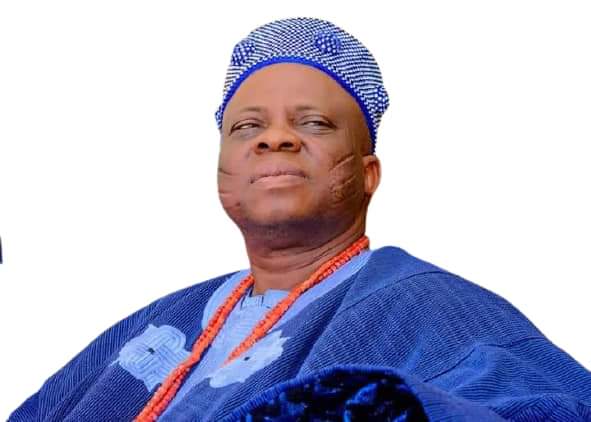 The purported rumour on the depoistion of the Onpetu of Ijeru Kingdom, Oba Sunday Oladapo Oyediran, Lagbami Osekun III by the Oyo State High Court has been debunked by the Palace.

The rumour being spread by the self accalmied Chief Popoola Olaniyi Elijah in an online media was declared by the Onpetu Palace as a hoax.

According to the palace sources: “The rumor making the round about the purported deposition of the Onpetu of Ijeru Kingdom, Oba Sunday Oladapo Oyediran Lagbami Osekun III in
Ogbomoso South Local Government of Oyo State by Oyo State High Court has been declared as a hoax.

“The case adjudicated by
Hon. Justice K.A Adedokun did not involve Oba Oyediran, rather it was a case instituted by Chief Adeleke Lawal, the Baale Ijeru until 1998 and Oba Oyediran’s
immediate predecessor Oba Yusufu Abidoye Mobolade, the then Military Governor
of Oyo State and the then Attorney General and Commissioner for Justice, Oyo
State.

“The judgment was delivered in favor of the claimant on April 21, 1987 by Hon. Justice T.A.A Ayorinde of Oyo State High Court Ogbomoso Division.

“Not satisfied with the judgment, Oba Mobolade appealed to the Court of Appeal, Ibadan in the suit CA/IB/96/88. All necessary processes completed waiting for adoption of processes filed, both the appellant and respondent died.

“On February 13, 1999, Chief Akin Olujimi SAN, appearing for the
respondent moved the Court of Appeal to the fact that both the appellant and the respondent are dead being chieftaincy matter that the appeal be determined.

“In the court ruling by Hon. Justice M.O Onalaja J.C.A, we quote: “from the briefs, the issues before the Court of Appeal is a chieftaincy matter. We are of the view following decided authorities of the Supreme Court and this court that chieftaincy
matter is personal action, and does not survive the death of the parties.

“More also when the action was not instituted in a representative capacity based on Oyeyemi vs Commissioner for Local Government of Kwara state 1992 NWLRT270 page 462, SC Chief RITWHITE and 5 ORS. Chief Gordon Borbon JOW YOUNG
JACK 1996 2 NWLRT43, page 467 CA, we therefore strike out this appeal being personal action it does not survive the estate. We make no order of costs’

“Consequently, since a litigant is bound by the words and actions of his lawyer, if Chief Popoola Olaniyi Elijah (the third successor to the original plaintiff, Chief Adeleke Lawal), is dissatisfied with the decision of the Court of Appeal, the next place for him to go is the Supreme Court, not Oyo State High Court.

“In view of the above submission, suit HOG/24/21 between Chief Popoola Olaniyi Elijah
(for himself and on behalf of the other members of the Ijeru (?) Chieftaincy Family of Ogbomoso) and Chief Sunday Oyediran Oladapo (for himself and other members of the Onpetu Chieftaincy Family of Ogbomoso and others), upon which
the purported deposition of Oba Sunday Oyediran (not Chief Sunday Oyediran Oladapo sued by the claimant) is based, is not supposed to be entertained by Hon. Justice K.A Adedokun in the first instance.