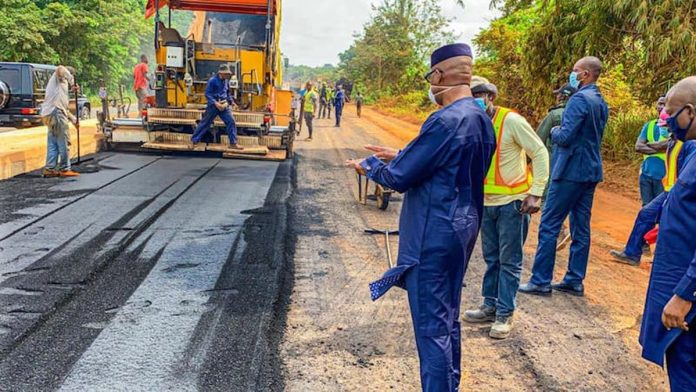 Ogun State Government has disclosed plans to spend the sum of N62.438bn for its various capital projects.

However, out of this amount, a sum of N62.257bn was meant for reconstruction of agro-cargo airport, inter/intra city, rural and industrial area roads as well as bridges across the state.

State Commissioner for Works and Infrastructure, Engr. Ade Akinsanya disclosed this while defendimg the ministry’s 2022 budget proposal before the state lawmakers at the Assembly Complex, Oke-Mosan, Abeokuta.

Akinsanya added that the objective of the budget was to initiate new road projects in addition to the timely completion of all ongoing roads across the state as well as river crossing and overhead bridges.

He stressed that the next year budget would cater for the rehabilitation/reconstruction of 42.5km township road, reconstruction of 60km rural and 15km Industrial roads, while another 60km of chemical treated roads would be constructed alongside 50km inter/intra cities roads amongst others.

In a related development, the General Manager, State Public Works Agency, Engr. Gbenga Akintola has affirmed that the agency was irrevocably committed to sustainable road maintenance and management to aid the state industrialization policy.

To achieve the foregoing, Akintola disclosed that the agency had proposed a sum N853.9m as its total budget for the next fiscal year, this consisted of N750m for capital projects, while N103m would go for recurrent expenditure.

He explained that sectional rehabilitation of roads across the state would gulp N750m in the next fiscal year.

The lawmakers also considered the budget of the Ministry of Rural Development, Bureau of Electrical Engineering Services and state Water Corporation amongst others.