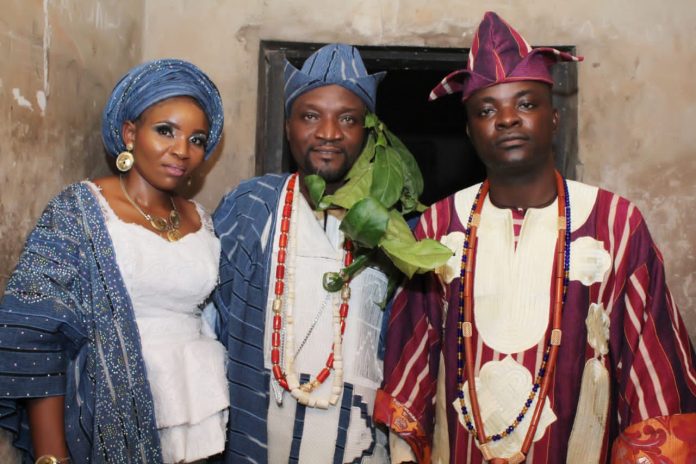 The MITV Correspondent in Ogun State, Chief Lawal Taofik Arulogun has been installed as the Baale of Arulogun Oja Town in Akinyele Local Government Area of Oyo State.

His installation as the fifth Baale of Arulogun Oja was performed by the Olubadan of Ibadanland, His Imelperial Majesty, Oba Soliu Akanmu Adetunji (Aje Ogugunniso 1), on December 6th, 2021.

With this installation, Chief Lawal Arulogun has formally ascended the throne of his forefathers as the traditional ruler of the ancient town, after completing all the necessary traditional rites.

However, the Olubadan and Paramount Ruler of Ibadanland, Oba Adetunji, will officially present Chief Lawal Arulogun to the people of Arulogun Oja at a party scheduled to hold at the town’s market ground on December 18th, 2021.

It could be recalled that the new Baale of Arulogun Oja Town, Chief Lawal Arulogun is a journalist and staff of MITV, Lagos.