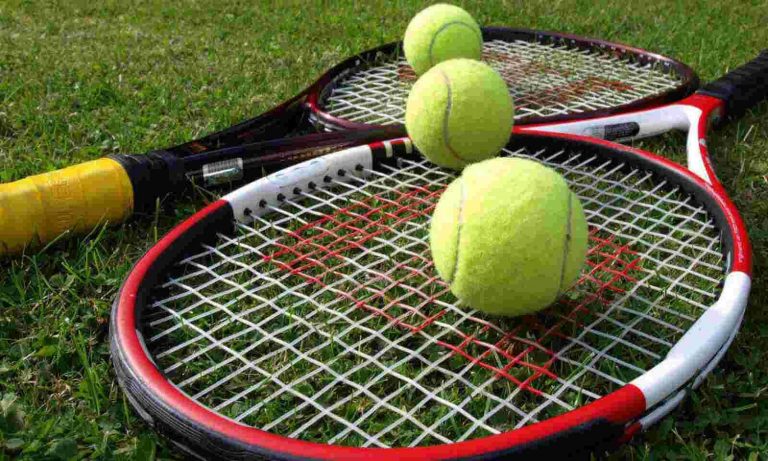 However, players from five South-West States namely Ogun, Oyo, Ondo, and Osun arrived the state capital yesterday to join the host state players, while Lagos State contingent were not sure of participating in the five day tennis showpiece.

Moreover, in order to meet up with the targeted 48 players slated for the event, more slots were given to the host state while the competition has already served-off across all the tennis courts as at time of reporting.

The junior tennis tournament tagged ‘Gen. Adeyinka Adebayo Junior Tennis Masters’ is sponsored by Otunba Niyi Adebayo, the Minister of Trade and Investment, while the organizer is the Ekiti State Tennis Association.

The tournament which is one of the ways to further showcase the tourism potentials of Ekiti state is also aimed at helping tennis players from South-West Nigeria to exhibit among themselves and sharpen their skills for better performances ahead of future championships.

The Chairman, Ekiti State Tennis Association, Mr Yemi Owoseni who welcomed all the visiting players to Ekiti State yesterday assured them of a splendid stay in the state.

Owoseni, the Vice-President, Confederation of Africa Tennis (CAT) Zone Two hereby commended the sponsor of the competition for his support and for joining the tennis association in its quest to use tennis to empower the youth.

The former Permanent Secretary also acknowledged the efforts of the state government at providing an enabling environment for the staging of the competition, reiterating that accommodation and feeding would be provided for all the players throughout the tournament.

“Lots of prizes have been procured for winners and others that distinguished themselves at the tournament. Everybody knows that Ekiti is the home of tennis in Nigeria and we are going to showcase our hospitality to all our guests throughout the event,” he said.

In the same vein, Secretary of Ekiti State Tennis Association in , Mr Olumide Bamidele noted that all COVID-19 protocols will be adhered to during the tournament which will come to a close on, Saturday May 22nd, 2021.