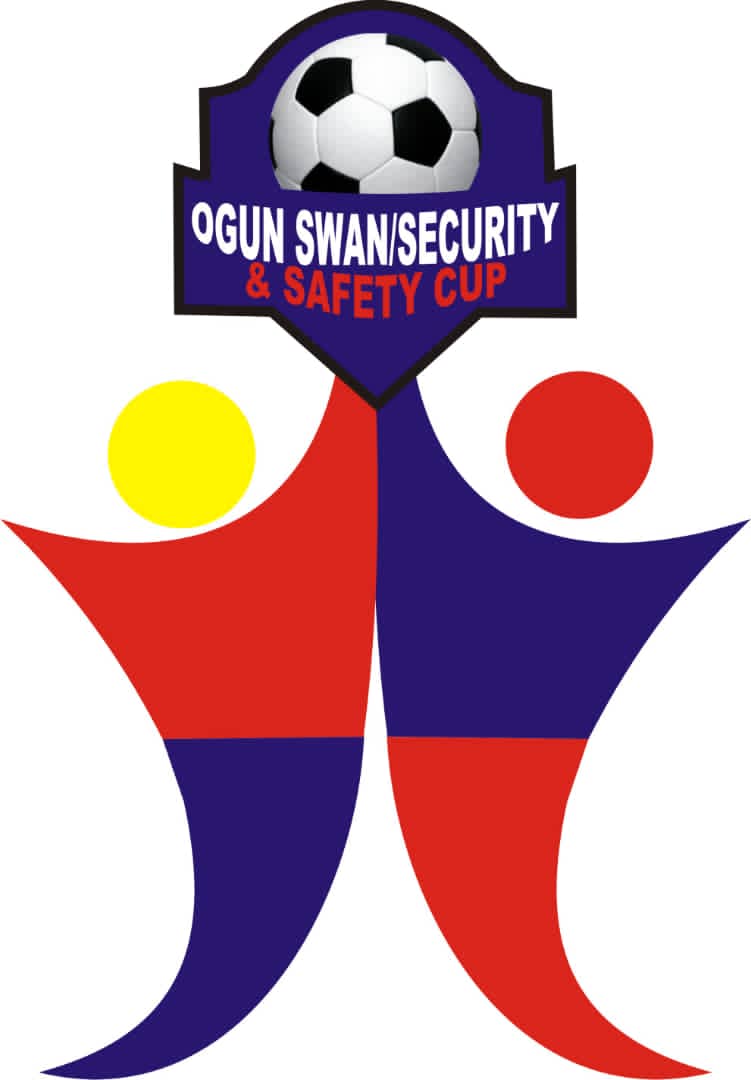 As the draws for the 2nd Ogun SWAN/Security and Safety Cup held in Abeokuta, Ogun State capital on Thursday, a total of 12 Teams are participating at the soccer event kicking-off from September 5th – 17th, 2022.

The teams have been divided into four groups and matches will be played on a round robin just as top two in each group will qualify for the quarterfinals enroute to the final slated for MKO Abiola International stadium, Kuto, Abeokuta.

The opening kick off will pitch the Vigilante Group of Nigeria against Nigeria Immigration Service on September 5th, 2022 at the Muda Lawal Stadium, Asero by 10am, while other matches hold at same venue too on subsequent days.

SWAN Chairman, Hakeem Akintunde while addressing the team representatives and sports writers at the draws ceremony held at the SWAN Secretariat, Abeokuta on Thursday, he commended the participating agencies for their commitment and spirit of camaraderie.

Akintunde noted that the presence of teams from Nigerian Army, Nigerian Customs Service, Nigerian Correctional Service, and Department of Security Service (DSS) to this year’s edition was a sheer testimony of the confidence the security and safety agencies have in Ogun SWAN as critical stakeholders not only in sports reportage, but also in sports development. Similarly, Chairman, Main Organizing Committee (MOC) of the competition, Michael-Azeez Ogunsiji explained that all the group stage matches would be played at the Muda Lawal stadium, Asero Abeokuta, while the quarter-finals and the closing ceremony would take place at the MKO Abiola International stadium, Kuto, Abeokuta.

Furthermore, Ogunsiji stated that 12 security and safety agencies are participating at this year’s competition, adding that the winners would receive N250,000 with the giant trophy, while the first and second runners-up would go home with N150,000 and N100,000 respectively.

He stressed further that, the Ogun State Football Association and Nigeria Referee Association would handle the technicality of the competition to ensure its measures up with international best practices.

The MOC Chairman, therefore, implored all the participating agencies to cooperate with the organizers and abide with the rules of the game, and urged them not to see the competition as do-or-die, but as fun and imbibe the spirit of sportsmanship.

Meanwhile, in the group pairing, Nigerian Army is seeded alongside Vigilante Group of Nigeria and Nigeria Immigration Service in Group A. Department of Security Service (DSS) will tackle Amotekun Corps and So-Safe Corps in Group B.

Defending champion, NSCDC will slug it out with Nigeria Customs Service and Ogun State Fire Service in group C while the Nigeria Police will trade tackle with TRACE and Nigerian Correctional Service in Group D.

Newsnigeriaonline.com.ng recalls that the SWAN/Security Cup is a yearly football competition organized by Sports Writers Association of Nigeria (SWAN), Ogun State chapter for security and safety agencies in the state.