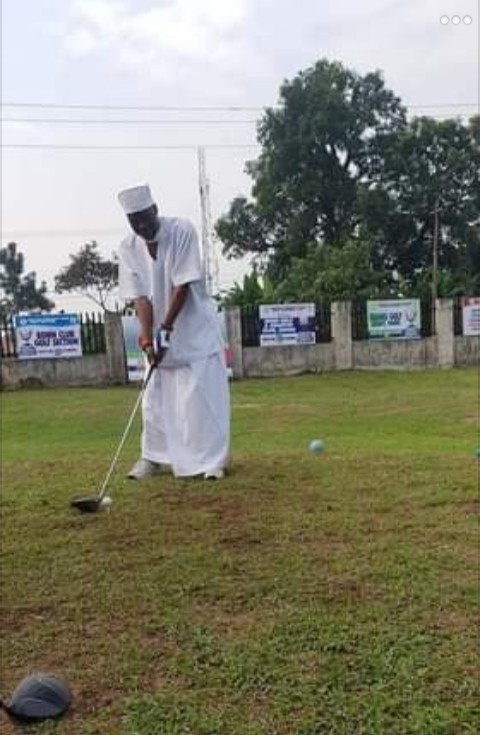 The Orodje of Okpe Kingdom, His Royal Majesty (HRM), Major General Felix Mujakperuo (rtd) has opened up that Chiefs in Okpe Kingdom stopped him from playing the game of golf.

The monarch, an avid golfer hereby openly confessed that ever since he was barred from playing golf, he has missed the game he loves to play most.

HRM Mujakperuo stated this at the closing ceremony of the 4th Orodje of Okpe Golf Tournament concluded over the weekend at the golf course, Sapele Athletic Club (SAC), Delta State.

The two days tournament was sponsored by Seplat Energy as part of its Corporate Social Responsibility to the Sapele community and to commemorate the monarch 15th Coronation Anniversary of ascending the throne as Orodje of Okpe Kingdom.

The monarch who also is the Chairman, Delta State Traditional Rulers Council noted: “One thing I missed since I ascended the throne is that there is no opportunity for me again to play golf anymore.

“My Chiefs actually stopped me from playing the game of golf. They said that they cannot afford to see their king running after small balls on the golf course just because he wants to play golf.

“Actually, I am missing playing golf, but that is why I associate with people playing the game. Golf has added value to Sapele town, people are happy playing the game on the course.

“As the Grand Patron of Sapele Athletic Club, I will protect the interest of the club and the whole of Sapele too.

“I want to thank the entire management of Seplat Energy for bankrolling the tournament that has placed Sapele town on the global map. Hoping that in the nearest future, it will become international tournament.”

Moreover, the Seplat Energy, General Manager, Corporate Engineering, Walter Egemba while responding to the monarch on the sustainability of the tournament assured that the Orodje Of Okpe golf tournament has come to stay for life in Sapele town as long as the company is still operating in the town.

He confirmed that the mutual relationships enjoying in the town by the oil giant has further enhanced the company operations, and that there is no other way to appreciate the people across the community than through its series of corporate social responsibility.

On his part, immediate past Captain of the golf section, Okakuro Peter Asagba thanked the monarch and his Chiefs for deeming it fit to honour the tournament, which he said to have added glamour to the event.

In the same vein, Captain of the section, Okakuro Gilbert Aghogho was elated for the turnout of golfers who came across the country to the royal tournament.

He appreciated all the Committees saddled with different responsibilities for ensuring a hitch a free tournament, while assuring that more tournaments would be witnessed before the year ends.