madiyi playing handicap 18 proved the bookmarker wrong with a net score of 71 to win the star prize cash award. Moreover, Edward Aibangbe who placed third at the last week edition hereby emerged second at this edition with 73 net just as Dan Sule, Chairman, Board of Trustees of the Group, placed third with 74 net.

The hackers kitty which has now become a toast of other kitties in the club has consistently featuring top golfers from the club just as about thirty golfers teed-off at the midweek event. 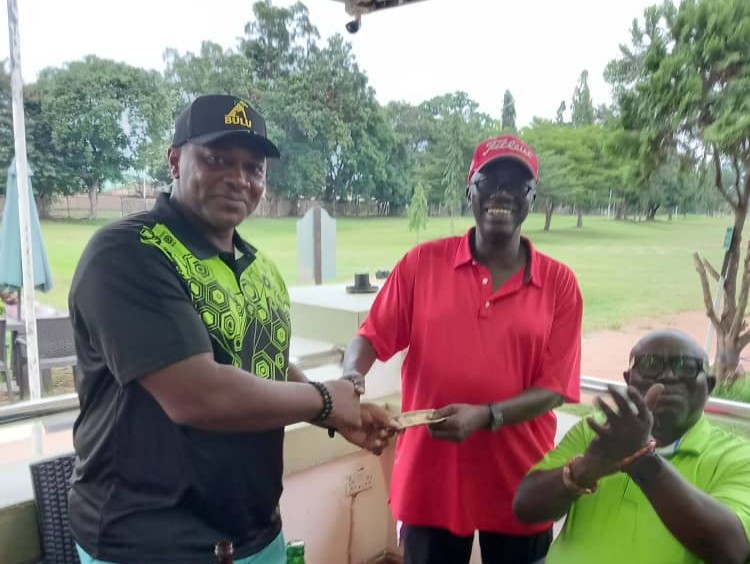 However, this week event filled with fanfare was exclusively sponsored by Chief Lucky Osawaru, who also is the Chairman of the Hackers Group that was formed two years ago.