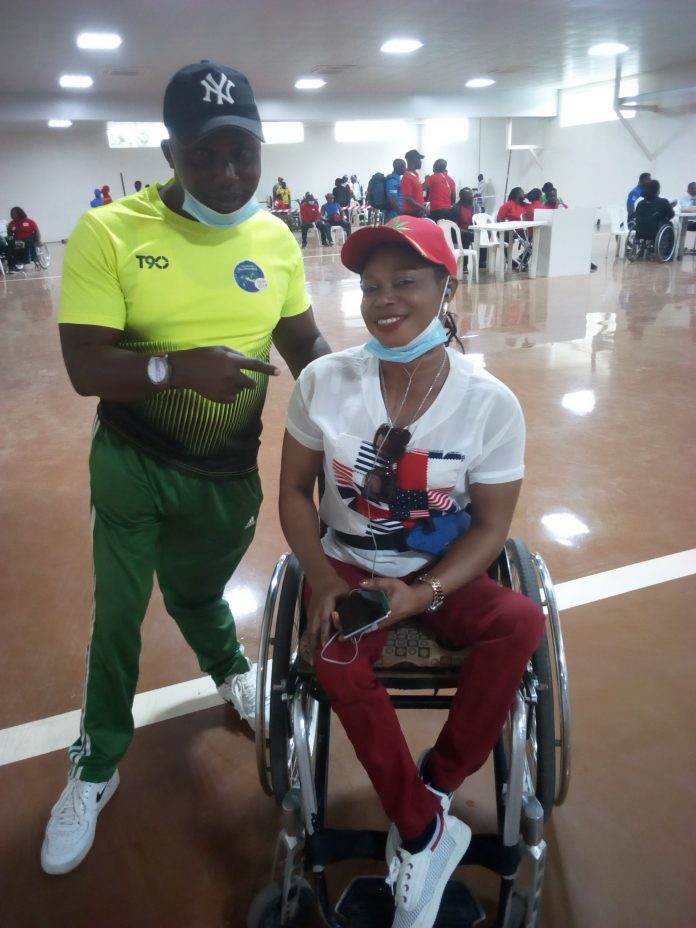 Eweje in a chat with Newsnigeria online.com.ng at gymnasium hall, Samuel Ognemudia stadium, venue of the powerlifting event disclosed that the state athletes would do the state proud and win medals to justify the confidence reposed on them.

The association boss, who also is the 1st Vice President, Para-Powerlifting Federation of Nigeria noted that though the state has recorded its first gold medal in the 45kg women’s event on Saturday through Latifat Tijani, but confidence that they would win more before the end of the festival.

“I want to appreciate the courage of our powerlifters at this sports festival for the resilience and determination to do well despite the lackluster preparation towards the fiesta here in Benin.

“The preparation was nothing to write home about, but the athletes on their own have to encourage themselves having been training for the festival.

“My belief is that the state powerlifters will win more medals at the event. We have more potentials in the state, but they need more encouragement from the state government, corporate bodies and well meaning individuals to support them to attain greater heights in the game.

“Ogun state is blessed with many talented powerlifters, who have done well for the state as well as winning medals for the country. We also have the best hands that handle them in  training.

“For instance, the national coach is from Ogun State in the person of Coach Oyebola Oluwakemi, who just returned from the Powerlifting World Cup in Manchester, UK  where she led the country to win 10 gold and three silver ahead of other established countries at the world event.

“Also, one of Coach Oyebola athletes, Latifat Tijani is from Ogun too and she was part of the Team Nigeria to the World Cup, and she won gold in her category. All these worth celebrating.

“Latifat yesterday won gold in the festival, and that has opened the medals table for other powerlifters at this festival to emulate and register their names on gold too, in which I have belief that they will do,” South-West Chairman said.