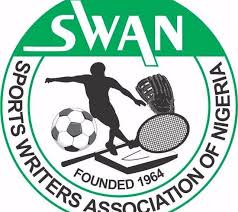 This was made known in a Communique issued at the end of the SWAN Congress held in Abeokuta on Thursday, August 24th, 2022.

The Ogun athletes at the Games are gold medalist, Tobi Amusan and bronze medalist, Isau Ogunkunle, and many others.

The Communique stated: “The Congress commended the Federal Government for the 10-year development plan for football, and urged the government to ensure full implementation of the plan even after the expiration of the current administration.

“The Congress charged the Nigeria Football Federation (NFF) Board to work towards making the next NFF election hitch-free by providing a level playing ground for all contestants as a stepping stone to actualising the FG’s 10-year development plan for football.

“The Congress commended the Ogun State Government for constituting the boards of 36 Sports Associations and urged the board members to work towards repositioning Sports in the state.

“The Congress also charged the government to work hand in glove with the newly constituted Sports Associations towards the forthcoming National Sports Festival.

“The Congress commended the Ogun State Government, Media Houses in the state, Lado Group, Value Jet and Pelican Valley Estate for their tremendous support towards the forthcoming SWAN Security & Safety Cup, calling on more individuals and corporate organisations to be part of the competition which seeks to foster unity and camaraderie among security agencies in the state.

“The Congress condoled with the Permanent Secretary of the State Ministry of Youth and Sports, Engr Olayiwola Abiodun over demise of his wife, praying the Lord Almighty to grant the family the fortitude to bear the loss. The Congress also observed a one minute silence in honour of the deceased.”